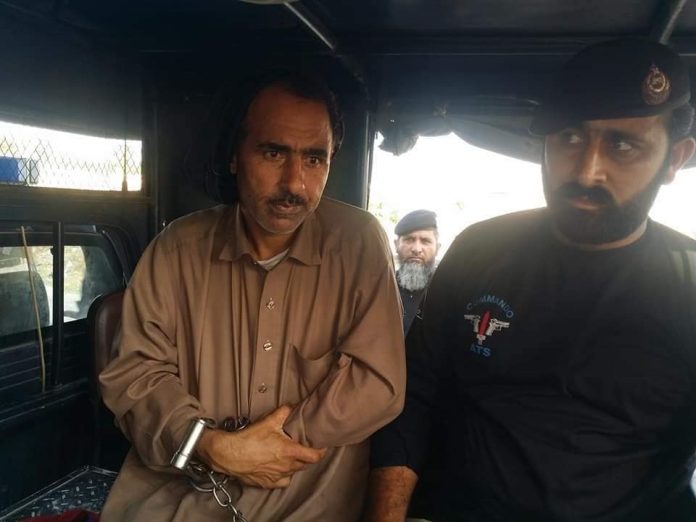 CHARSADDA: The Khyber Pakhtunkhwa Police on Thursday arrested the key accused nominated in a murder case of three brothers in Ali Khan Kalay of Charsadda.
Charsadda’s District Police Officer (DPO) Irfan Ullah Khan told the journalists that the police, on a tip- off, conducted raid in Kala Dhand and arrested the accused nominated in the triple murder case. He said that the accused was identified as Pir Muhammad.
The police officer said that one of the accused nominated in the FIR managed to flee to Afghanistan and another to Malaysia. Irfan Ullah said that the police had sent a letter to the concerned authorities to arrest the accused.
He further said that as many as 30 facilitator had also been arrested in the triple murder case.
Earlier on May 26, Unknown assailants had gunned down three brothers in limits of Omar Zai police station, Charsadda.
As per details, unknown gunmen had stormed a house in Charsadda and opened fire, resulting in death of three brothers on the spot, the local police had said.
The attackers had managed to flee away from the scene.