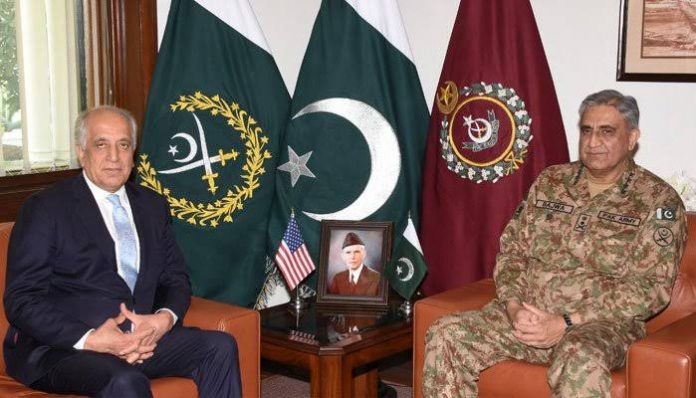 According to the military’s media wing, matters related to peace and stability in the region, Pak-Afghan border management, current developments in Afghan peace process and other issues were discussed in the meeting.