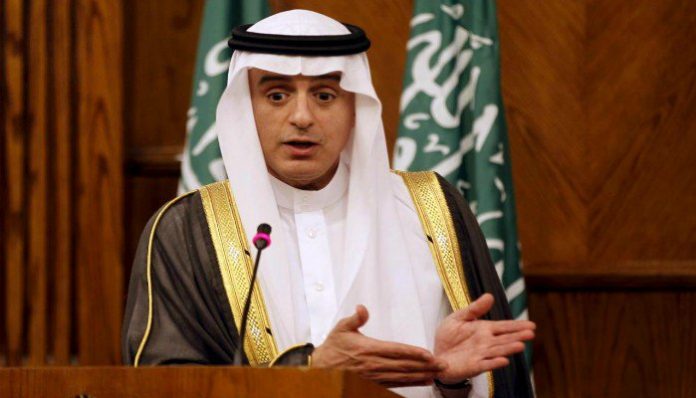 MANAMA: Saudi Arabia will prosecute the suspects in the killing of journalist Jamal Khashoggi, Riyadh´s foreign minister said Saturday in response to a call by Turkey for their extradition.
“On the issue of extradition, the individuals are Saudi nationals. They´re detained in Saudi Arabia, and the investigation is in Saudi Arabia, and they will be prosecuted in Saudi Arabia,” Foreign Minister Adel al-Jubeir said at a regional defence forum in the Bahraini capital.
Turkish President Recep Tayyip Erdogan on Friday called for the extradition of the 18 Saudi nationals who authorities say were involved in the murder of Khashoggi, a Saudi government critic killed in his country´s consulate in Istanbul this month.