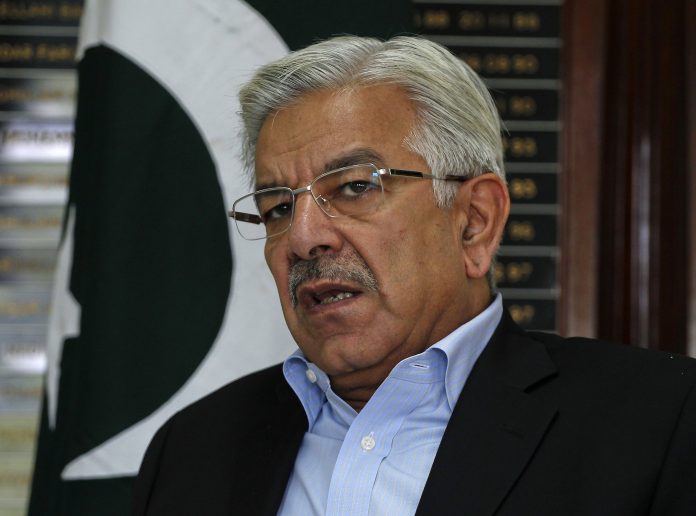 RAWALPINDI: The National Accountability Bureau (NAB) Rawalpindi has on Wednesday recorded Pakistan Muslim League-Nawaz (PML-N) leader Khawaja Asif’s initial statement in assets case.
The NAB handed over a questionnaire to the PML-N leader who appeared before the anti-graft body at its office in Rawalpindi.
It has been learnt that the anti-corruption watchdog asked Khawaja Asif regarding his assets and sources of income. The PML-N leader has also been directed by the bureau to submit the assets record of his family.