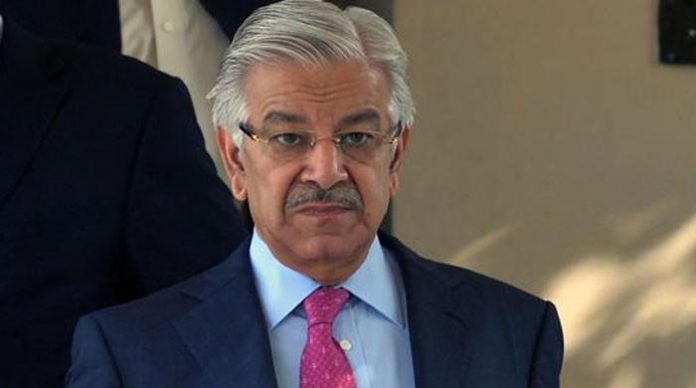 ISLAMABAD— Defence Minister Khawaja Asif, in an interview with BBC Urdu, has signaled to hold early elections- before the appointment of a new chief of army staff (COAS).

COAS General Qamar Javed Bajwa is due to retire on November 29 and he has decided he would not accept another extension in his term, according to a military spokesperson.

The defence minister also said that if Lt General Faiz Hameed’s name were on the seniority list, he too would be considered for the position of COAS.

Khawaja Asif’s statement comes in the wake of PTI demand that fresh general elections be held by October this year.

In the interview the defence minister discussed the claims that Imran Khan’s ousters was linked to the appointment of a new army chief, said BBC Urdu.

“Imran Khan wanted to go with his personal choice on the appointment of the next army chief. He wanted [a COAS] who could protect his political interests and ensure the continuity of his rule,” Khawaja Asif said.

So all the activity was done to stop this ‘personal choice’? the defence minister was asked.

Khawaja Asif said that it was not so and that it is up to the prime minister to choose one of the names sent by the Army.

Asif said that when Nawaz Sharif appointed Raheel Sharif and Qamar Javed Bajwa as COAS in 2013 and 2018 respectively, he “respected” the proposal sent by “the institution” — a reference to the Pakistan Army.