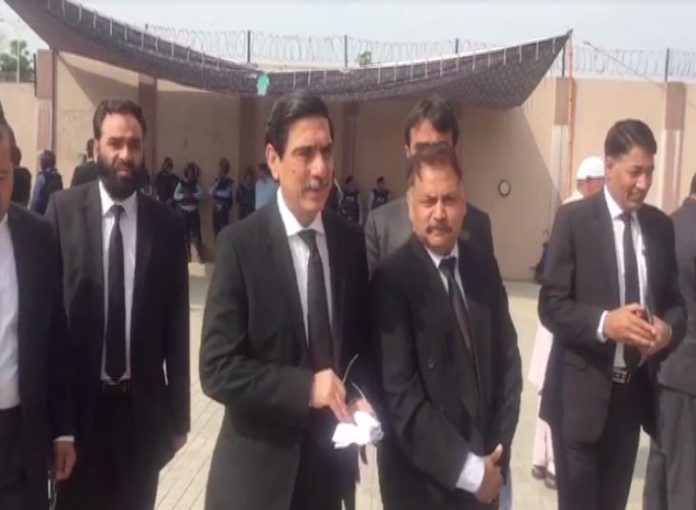 ISLAMABAD: Former prime minister Nawaz Sharif’s legal counsel Khawaja Haris on Monday withdrew from representing his client in the National Accountability Bureau (NAB) references filed against Sharif family.
Khawaja Harris said that the court did not accept his stance and that he was being dictated even after judicial hours.
He has also submitted a request in accountability court to withdraw his advocacy papers.
Chief Justice of Pakistan Justice Mian Saqib Nisar on June 10 had directed the accountability court to announce its verdict on all three corruption references against former prime minister Nawaz Sharif and his family within a month.
During the hearing, the chief justice rejected Nawaz’s former counsel Haris’ petition for completing the trial in six weeks, observing that final verdict against the former premier, his sons, daughter, and son-in-law should be announced within a month.
Haris, in a statement announcing his decision, said the Supreme Court had ‘dictated on completing the trial within a month.’