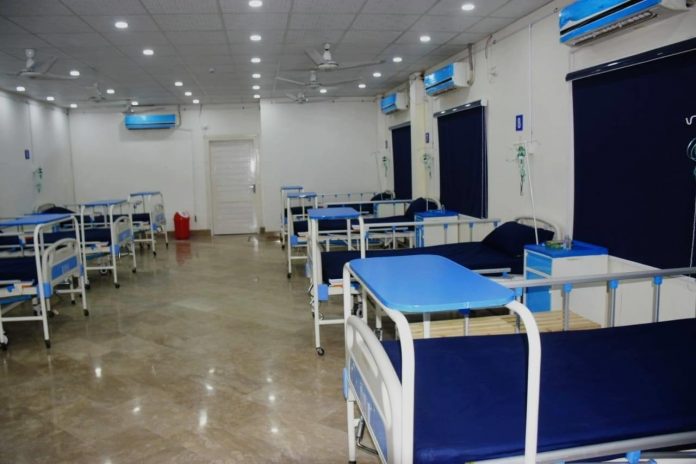 PESHAWAR: The Khyber Pakthunkhwa (KP) Health Minister Taimur Khan Jhagra said the province is expanding its testing capacity, despite the drop in Covid-19 cases.
In a tweet, the province’s health minister said Chief Minister Mahmood Khan inaugurated a 58-bed dedicated facility in Nishterabad, Peshawar that was converted in a span of weeks.
He thanked the International Rescue Committee (IRC) and European Union (EU) for their funding and Special Assistant to the Chief Minister on Local Government Kamran Bangash for ensuring local support for the effort and whose constituency the hospital is in.
Meanwhile, the National Command and Operation Centre (NCOC) reported 2,751 new cases in the 24-hour period, taking the nationwide tally to 243,599.
75 more people succumbed to the virus as the country’s death toll hit 5,058, while the number of recovered patients crossed 149,000.
Federal Minister for Planning and Development Asad Umar said people have strictly adopted standard operating procedures (SOPs) and as a result the number of Covid-19 cases in the country have decreased to a great extent.
Talking to a private news channel, the minister said the government has taken solid steps and instructed the masses to follow SOPs issued by the government to control the spread of the virus.
He said all stakeholders are effectively working and devising strategies to combat the pandemic.
Referring to Eidul Azha celebrations, the minister urged people to follow SOPs.