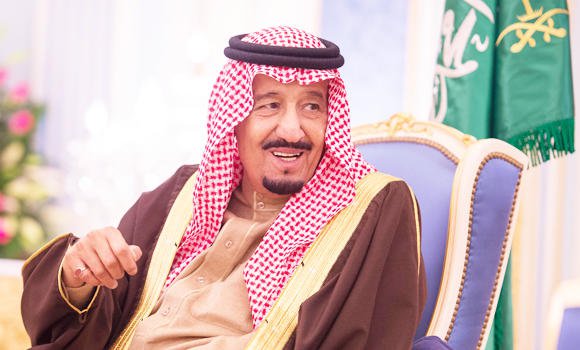 RIYADH: During a telephone conversation with Palestinian President Mahmoud Abbas, Saudi Arabia’s King Salman bin Abdul Aziz reaffirmed the Kingdom’s support for an independent Palestinian state, Arab News reported on Wednesday.
In his conversation with the Palestinian head of state, King Salman emphasised Saudi Arabia’s support for the rights of the Palestinian people and their desire to have Jerusalem as their capital, Arab News reported, quoting the state-run Saudi Press Agency.
President Abbas thanked the king and expressed gratitude for Saudi Arabia’s historic support for the Palestinians, Al Arabiya added.
Last year, the Kingdom had called US President Donald Trump’s recognition of Jerusalem as Israel’s capital an “irresponsible and unjustified” move. Trump’s decision ended seven decades of US ambiguity on the status of the disputed city and prompted an almost unanimous diplomatic backlash across the world.
“Palestinians have the right to East Jerusalem as their capital,” King Salman had said on December 14 during an annual speech in which he outlined the Saudi government’s priorities for 2018.
“The Kingdom has called for a political solution to resolve regional crises, foremost of which is the Palestinian issue and the restoration of the Palestinian people’s legitimate rights, including the right to establish their independent state with east Jerusalem as its capital,” he had added.
However, the absence of the king and his son, Crown Prince Muhammad bin Salman ─ both of whom had remained in close contact with Trump over the Middle East ─ from an emergency summit of the Organisation of Islamic Cooperation, convened by Turkish President Recep Tayyip Erdogan, had raised questions.
The summit, which was also held on December 14, had been called to formulate a response to Trump’s recognition of Jerusalem as Israel’s capital.
“Some countries in our region are in cooperation with the United States and the Zionist regime and determining the fate of Palestine,” Iranian President Hassan Rouhani had said during the summit.
Earlier this month, the Saudi foreign minister had attended a session of the Arab League in Amman along with his counterparts from Egypt, Morocco and the Palestinian Authority.
The United Arab Emirates minister of state for foreign affairs had also attended the talks, during which the League decided to seek international recognition of the Palestinian state with east Jerusalem as its capital. …Agencies