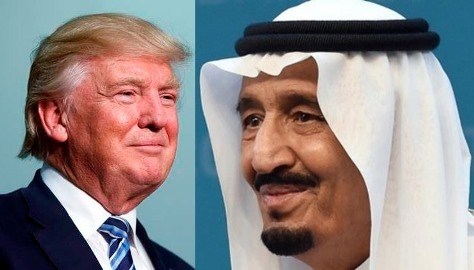 WASHINGTON: King of Saudi Arabia, Salman on phone call to US President, Donald Trump on Sunday agreed to support safe zones in Syria and Yemen, a spokesman of White House said.
White House’s statement also said that two leaders agreed on the importance of strengthening joint efforts to fight the spread of ISIS.
According to the news published in Indian Express, “The president requested and the King agreed to support safe zones in Syria and Yemen, as well as supporting other ideas to help the many refugees who are displaced by the ongoing conflicts” the statement said.
It is also reported that they agreed to address “Iran’s destabilizing regional activities”.