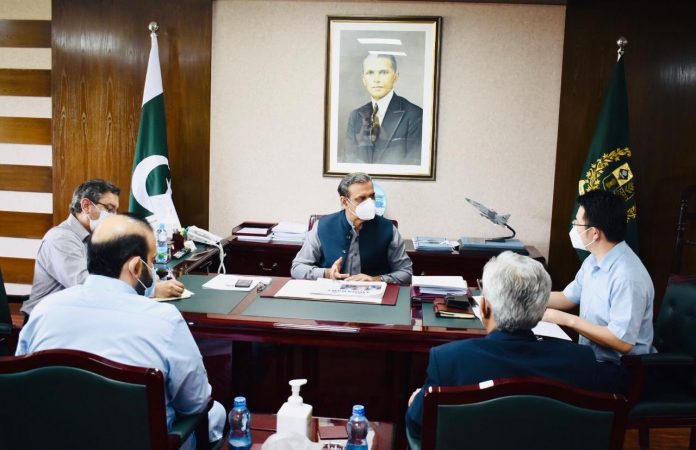 ISLAMABAD: Chairman China Pakistan Economic Corridor (CPEC) Authority Lt Gen (retd) Asim Saleem Bajwa said Friday that the Kohala Power and Azad Pattan power projects will generate 8,000 jobs and an investment of $4 billion over the years.
SAPM Bajwa tweeted that Azad Jammu and Kashmir Prime Minister Raja Farooq Haider, CEOs of China Three Gorges and China Gezhouba visited him separately to thank the CPEC Authority for helping realise the projects and further improve coordination for execution of it.
Earlier this week,Pakistan and China signed an agreement for the construction of the Azad Pattan hydel power project as part of the CPEC project.
PM Imran witnessed the signing of the agreement with China Gezhouba at a ceremony in Islamabad. With an investment of 1.5 billion dollars and 700.7 megawatts of electricity, the Azad Pattan project will involve no fuel import, enabling the country to move towards cheaper and greener power generation while creating local job opportunities.
The project is located at River Jhelum roughly 7km upstream of Azad Pattan Bridge in the Sudhanoti District of Azad Kashmir and is expected to be completed in 2026.
While last month, a tripartite agreement was signed on Thursday between a Chinese company and the governments of Pakistan and China for construction of a 1,124 megawatt hydropower project in Kohala costing $2.4 billion.
The hydropower plant, being built on Jhelum River in AJK under CPEC, has been awarded to Kohala Hydropower Company Ltd (KHCL), which is a subsidiary of China Three Gorges Corporation (CTGC).