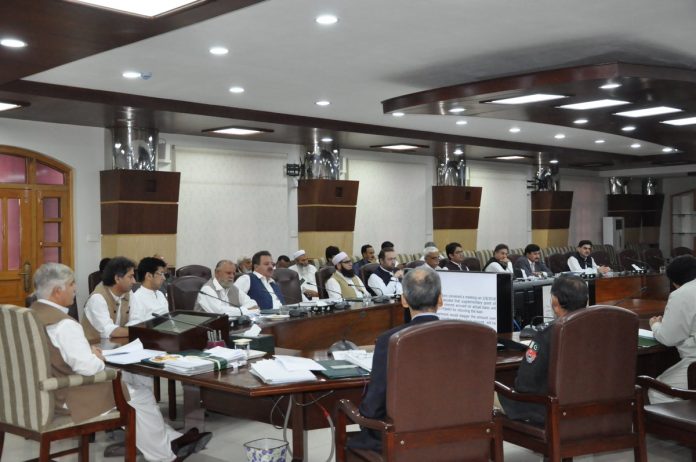 PESHAWAR: Following directives of the Prime Minister Imran Khan, the Khyber Pakhtunkhwa cabinet will meet in the tribal district Mohmand today (Monday).
Chief Minister Mahmood Khan would preside over the meeting. According to Khyber Pakhtunkhwa government spokesman Ajmal Khan Wazir, the cabinet will discuss four-point agenda.
It is pertinent to mention here that it would be second meeting of the provincial cabinet in a tribal district of the province. The first meeting was held in tribal district Khyber.