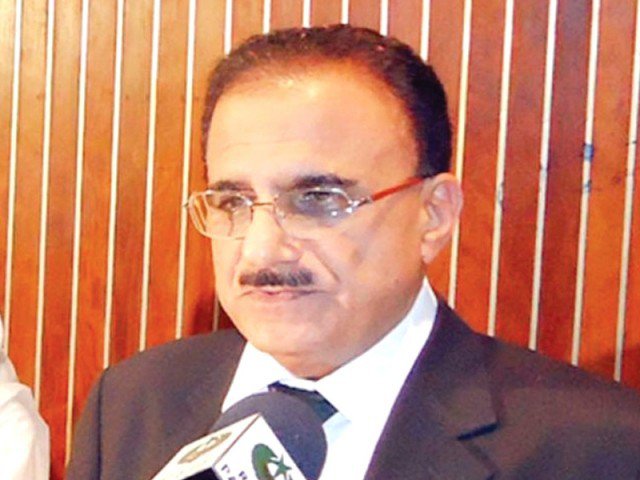 PESHAWAR: Caretaker Chief Minister Khyber Pakhtunkhwa Justice (retired) Dost Muhammad Khan has ordered to replicate the internationally accepted formula for dealing the vulnerability and sensitivity of glaciers melting and flood controlling.
Addressing a meeting on contingency plan to expected damages of monsoon, torrential rains, he stressed on the national policy for crisis response and crisis mitigation policy.
Deforestation is the major challenge causing a threat to the nature and the whole echo system, he noted and said that the government needs to have legislative framework for restoration of natural beauty eroded by mass scale deforestation, encroachment on the natural water flow channels.
The caretaker CM stressed for national policy for crisis Management, supported by a comprehensive research oriented project otherwise the absence of it would expose the people to the damages of natural calamities.
The sooner we are sensitized to the mass scale devastation because of our own deeds, the better it will be to move for damage control and mitigating the damages, he added.
He directed to create awareness among the people about the bad impact of the deforestation adding that we hould facilitate and encourage the people of forest growing areas to protect their forest.
He asked the concerned quarter to plan a research centre to get scientific feedback and even to form an elite force for meeting any eventuality.
The mass scale deforestation was the most dangerous thing to do, therefore a comprehensive plan be drawn to be supported by necessary legislation and policy guidelines for the restoration of natural beauty.
The international community could help us in this regard adding that we have a constitutionally a limited time tagged mandate and could only give guidelines for the future government.
The Caretaker CM also directed against the illegal encroachments in the natural water flow channels that cause mass scale devastation in the monsoon season.
He directed to spend the income generated through tourism on the development of those areas.
Justice Dost Muhammad Khan asked to prepare a joint task force tasking every department of certain responsibilities both for prevention and operational which should be supported by skilled manpower in the case of any emergency.
He also directed to plan the rehabilitation of mass displacement in case of any emergency. The people should be encouraged to stay away from the rivers however the plan should be for the overall rehabilitation and contingency.
Police should be involved in the early warning system. He directed for early computerization of executive record. He also directed for the acceleration of central revenue record in order to give relief to the people and rescue them from unnecessary prolonged litigation.
He said performance of rescue 1122 was up to the mark and the PDMA and irrigation department would have to come up to the expectations, he added.
The meeting was attended by Provincial Minister for Information Zafar Iqbal Bangash, Minister of Law Asadullah Chamkani and relevant officials of relief department, PDMA contingency plan, Rescue 1122 and discussed overall rescue and rehabilitation plan in time of emergency.