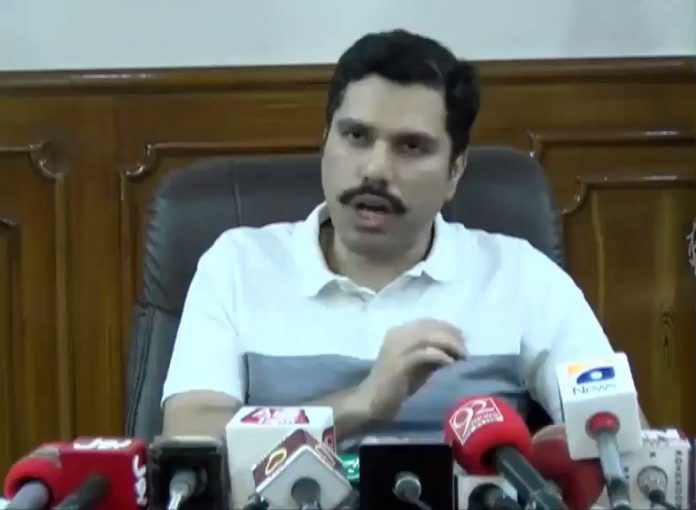 PESHAWAR: A show-cause notice will be issued to Peshawar Deputy Commissioner Imran Hamid Sheikh after he stated that his administration has prepared a 1000 coffins in case of emergency on July 25, the day of General Elections 2018.
In the video footage that went viral, the deputy commissioner was seen talking about the preparedness of the Peshawar district administration to deal with an emergency during the General Election 2018.
At one point in the video, he says that the administration has prepared a 1,000 coffins for an emergency.
Earlier today, Caretaker Chief Minister of Khyber Pakhtunkhwa (KP) Justice (retd) Dost Muhammad Khan took notice of the ‘irresponsible statement’ of the Peshawar DC.
In a notification issued by the CM House Secretariat, the provincial government said government officials were earlier forbidden to give statements on policy matters.
“The deputy commissioner’s video statement is a distasteful joke to spread fear and panic in voters,” the notification reads.