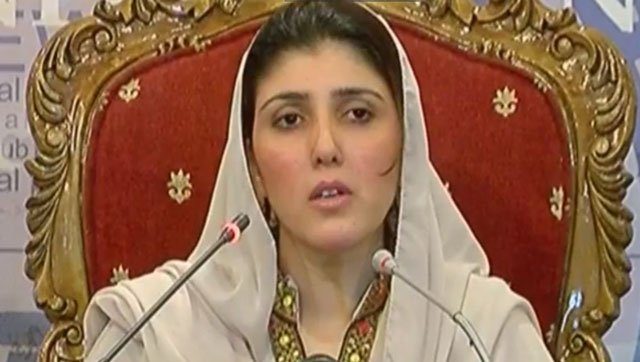 PESHAWAR: The Khyber Pakhtunkhwa Ehtesab Commission on Monday dismissed a petition against Pakistan Tehreek-e-Insaf MNA Ayesha Gulalai, saying the commission only probes corruption cases of over Rs5 million.
The commission said that Gulalai has accusations of misappropriation of only Rs1.2 million against her.
PTI leaders Noor Zaman and Saleem Khan had submitted the petition in the commission on August 8 accusing Gulalai of corruption and asking it to launch an inquiry into the matter.
Addressing a news conference, Zaman had claimed he had evidence of Gulalai misappropriating from the amount she received for development work in KP.
Zaman was shot dead in Lakki Marwat on Sunday. He was shot dead due to a personal enmity, police said.
The police said that Zaman was killed when gunmen on motorcycles opened fire on him near Tajori. The suspects managed to escape from the scene.
Gulalai should return embezzled money, says her former assistant
Zaman had claimed that Gulalai embezzled funds in a video message on August 3.
Zaman introduced himself as Gulalai’s political assistant and alleged that she received Rs7.2 million as a kickback in the construction of Bannu Link Road-Saddakhel Road. He said that he himself got Rs. 4.75 million out of the total amount.
The former MNA’s assistant said Gulalai pressurised him for receipts of the amount, but he refused. He added the counter terrorism department also detained him for two days in Gulalai’s call.
However, Gulalai had denied the charges and that Zaman was her personal secretary.
Relations between Gulalai and party leadership turned sour when she announced to leave the party, blaming the party chairman’s inappropriate attitude as the main reason.