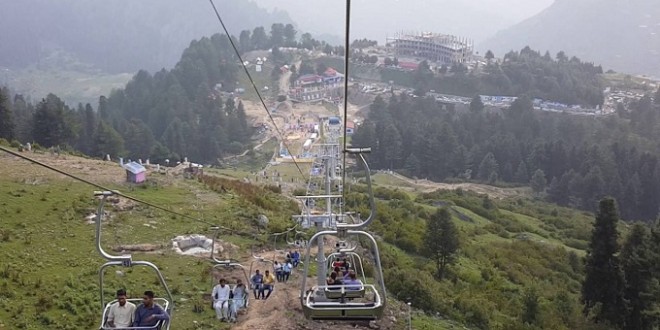 PESHAWAR: The Khyber Pakhtunkhwa government has allocated four billion rupees for promotion of tourism in the province.
According to the provincial Tourism Department, these funds will be utilised for rehabilitation of its infrastructure and identification of 20 new tourist spots.
Similarly, a separate police force will also be established to preserve the relics of Buddhism in the province.
The aim of the project is to attract more foreign and local tourists.
Earlier, KP’s Senior Minister Muhammad Atif Khan had said, “The Tourism Department is also devising a comprehensive strategy for the promotion of tourism in the recently merged tribal areas of Khyber Pakhtunkhwa.”
He said that potential of tourism would fully be explored and exploited to make it a huge revenue-generating sector for the government.
Last month, Oman Minister for Tourism Ahmed bin Nasser Al Mahrizi has stressed upon association of private sectors of Oman and Pakistan, in order to assist in capturing enormous economic potential in various sectors of both countries.
He explained the tourism industry of Oman, which is attracting gigantic tourist due to its attractions which consist of beaches, desert safari, caving, hiking, historic and cultural locations, forts, world heritage sites, cultural festivals, sporting events, adventures and many more.
Ahmed bin Nasser Al Mahrizi, proposed that Oman and Pakistan have immense potential to work mutually in the tourism sector. He also invited an LCCI delegation to Oman for discovering trade and investment opportunities.