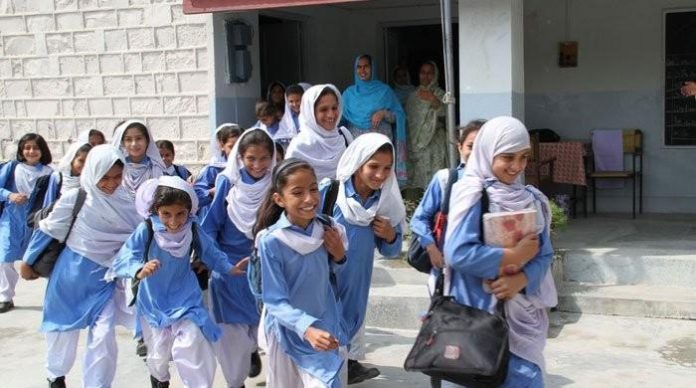 PESHAWAR: The Khyber Pakhtunkhwa government on Friday announced to close all the public and private educational institutions across the province for 15 days to combat the spread of coronavirus.
The decision was taken in an emergency meeting of the KP cabinet chaired by Chief Minister Mahmood Khan here on Friday.
KP Health Minister Taimur Saleem Jhagra said that the provincial cabinet has decided to ban all public gatherings across the province. The cabinet also ordered the evacuation of students from hostels by today.
It has also decided to postpone official events across the province. In addition, festivals and prison visits have also been banned.
The cabinet meeting also decided to raise the issue of closure of the Torkham border crossing between Pakistan and Afghanistan with the federal government.
Chief Minister Mehmood Khan has said the situation is under control and advised the masses not to worry just adopt precautionary measures to minimize the risk of coronavirus.
On Thursday, the Sindh govt had announced to extend the closure of all the public and private educational institutes till May 30.
The decision was taken in an emergency meeting of the Sindh cabinet chaired by Chief Minister Syed Murad Ali Shah.
In a tweet, Advisor to the Chief Minister on Law Murtaza Wahab said, “Summer vacations are being preponed in Sindh and schools in the province will reopen on the 1st of June 2020.”
Meanwhile, another person has tested positive for COVID-19 in Karachi, department of health Sindh revealed on Friday.
According to details, the infected individual has arrived in Karachi two days prior from Islamabad.
The current tally of those diagnosed with the mysterious and dangerous virus has climbed to 21 in Pakistan while 2 patients have made full recoveries and have been given clean bills of health.
Yesterday, Sindh government imposed a ban on spectators in National Cricket Stadium (NSK) during Pakistan Super League (PSL) 5 matches to be played in Karachi amid fears of coronavirus.
The directives were issued by Sindh Chief Minister Syed Murad Ali Shah, saying that spectators will only be allowed during today’s match, whereas, the upcoming matches will be held in a closed stadium.