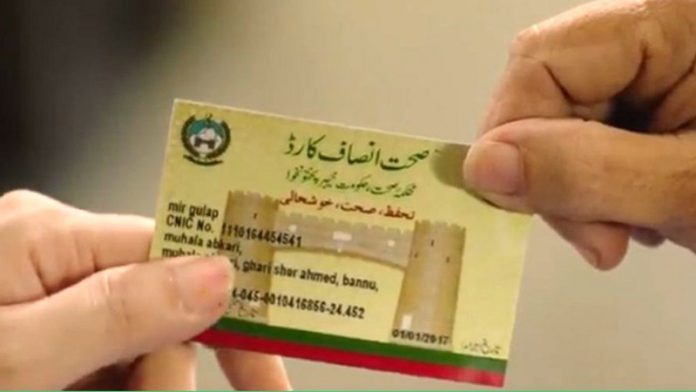 PESHAWAR: Khyber Pakhtunkhwa government has decided to extend Sehat Insaf cards facility to the entire population of the province in the next fiscal year.
A spokesman of provincial government said that the project will cost ten point one eight billion rupees.
The spokesman said the entitled families will get free health facilities at eighty-six hospitals of the province including twenty-seven public and fifty-nine private hospitals.