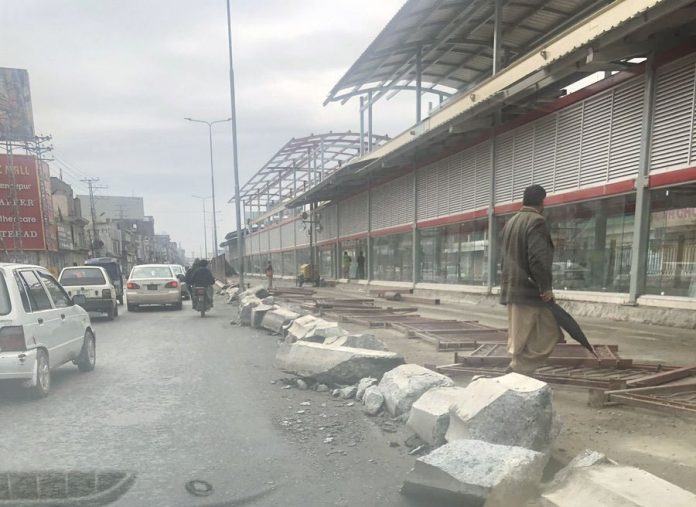 PESHAWAR: The Khyber Pakhtunkhwa government is once again considering to revise PC-1 of Peshawar’s Bus Rapid Transit (BRT) project which has become a trouble for the provincial regime.
According to details, PC-1 of the project has already been revised twice and is under consideration for the third time on account of adjustment according to the BRT officials.
Earlier, KP government had announced that the BRT project would be completed in 2020. Provincial minister Shoukat Yousafzai in a press conference had said Rs 2 billion revenue has been collected and 85% of allocated funds have been utilized till now.
Yousafzai added that 87 % work on mega project has been completed. He said 30 stations have been finalized while work on remaining 10 stations is underway. He said the BRT project also include an additional eighty-six kilo meter feeder routes.
Shaukat Yousafzai told that about four hundred old vehicle owners have registered their vehicles with BRT to scrap. The minister said we would pay for BRT in rupees instead of dollars.