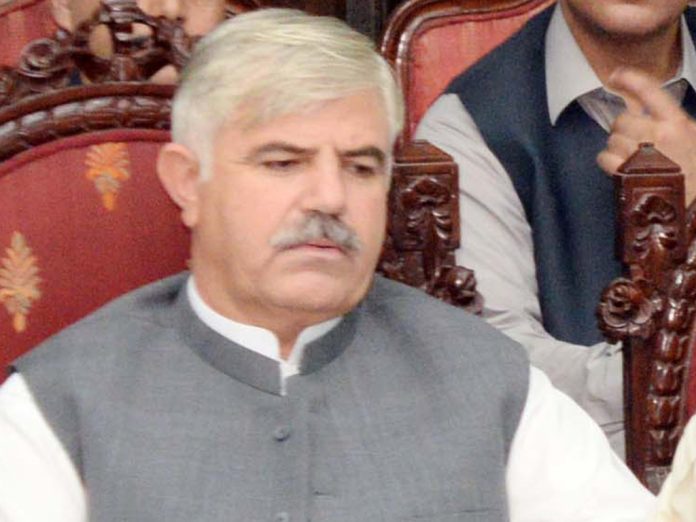 PESHAWAR: Khyber Pakhtukhwa Chief Minister Mahmood Khan has that the provincial government would complete all the developmental schemes on priority basis and after its completion new era of development would be started.
He said that the period of development will be started after completion of different developmental schemes mentioned in budget 2019-20 in the province.
The Chief Minister said that the provincial government presented a people- friendly and historic budget that would strengthen the economic system of the province and would change the life standers of people.
Talking with different delegations in Peshawar, the CM said that central and provincial government of PTI is well aware about the problems of people and would resolve them on priority basis.
He said that the government is taking measures to resolve the long lasting issues of people and facilitate them at their door step that would bring prosperity among them.
He said that developmental works have been started in tribal districts that would change the life standard of tribal people and address their sense of deprivation.
Mahmood Khan urged people to ignore the negative propaganda of rivals and support government in its policies to develop county.