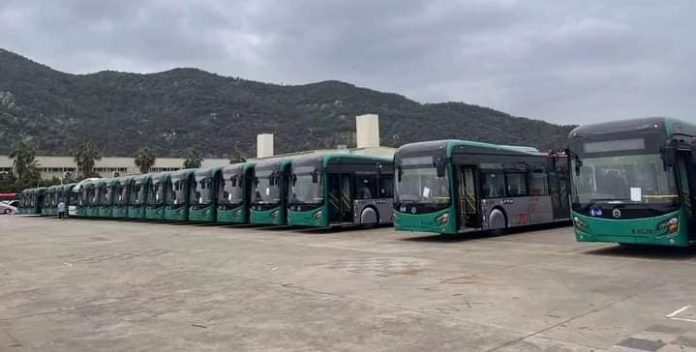 For this purpose, Rs 1 billion has been allocated as estimates in the provincial budget for the next financial year.

The expansion of feeder routes and induction of 86 new BRT buses will increase the number of people travelling in Peshawar Bus Rapid Transit on daily basis to 350,000, said Finance Minister Taimur Jhagra while presenting provincial budget in the Khyber Pakhtunkhwa assembly. After the expansion, the entire city will get benefit from the BRT Service, concluded he.

Since its inception in August 2020, the award-winning bus services has continued to gain popularity as the ridership has now crossed 250,000 passengers on a daily basis, 25% of whom are female.

It is pertinent to mention here that Khyber Pakhtunkhwa Finance Minister Taimur Saleem Jhagra on Monday had presented provincial budget worth over Rs1332 billion in the provincial assembly out of which Rs418 billion were allocated for uplift schemes.

He said the development budget is the highest in terms of percentage, 33%, compared to Sindh and Punjab. The minister said KP became the hub of international investment during the PTI’s nine-year tenure.

In his speech, he said that the treatment of five major diseases including liver transplant has been included in the Sehat Card.