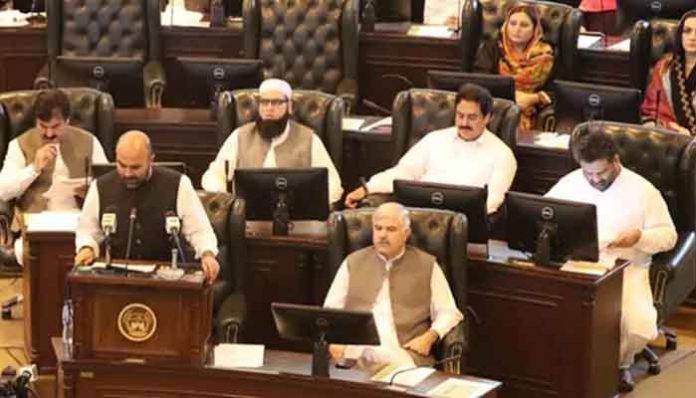 PESHAWAR: The government of Khyber Pakhtunkhwa would recruit as many 21,000 school teachers during the fiscal year 2019-20.
It also plans to overcome the shortage of teachers in the province besides improving condition of 28,000 schools, said Finance Minister Taimur Jhagar during budget speech in provincial assembly.
He said there was a need of 65,000 teachers to meet the demand of one teacher for four students in the province however 21,000 would be recruited this year to overcome multi grade teaching, adding that 3000 ASDOs would be appointed to act as head teachers at schools.
During the fiscal year 2019-20 the government would construct 6,000 new class rooms, initiate 700 modern preschool nursery class rooms, set up Woman Cadet College and Rs 1.86 billion scholarships.
He further said that Rs 2.5 billion would be given to over 20 universities of the province including Rs 500 million for Abdul Wali Khan University, Rs 200 million for Karak Petroleum Institute, Rs 2 billion for construction and up-gradation of 55 colleges, Rs 305 million for public libraries, Rs 200 million for Hindo Academy.