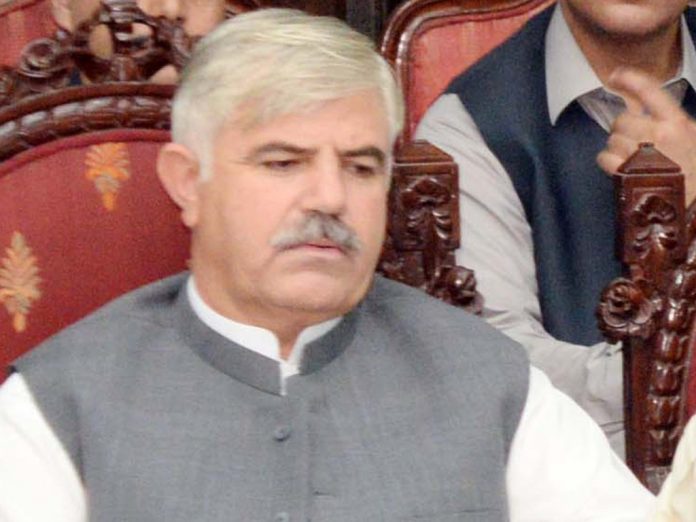 PESHAWAR: The Khyber Pakhtunkhwa police has emerged as a professional force on the national level, Chief Minister Mehmood Khan said while hailing the performance of the provincial police.
The CM was addressing an event in Peshawar on Tuesday where he appreciated the sound professionalism of the KP police and gave its credit to the vision of Prime Minister Imran Khan of depoliticizing the police department.
“The provincial government has turned the KP police into an autonomous professional force,” the KP chief minister said, adding that the police has been purified from all kinds of prejudice and political influence.
CM Mehmood Khan highlighted that the KP government improved the culture inside stations and made the police to adopt a public-friendly attitude. The KP police was also provided with more resources and modern ammunition, he continued.
Further the minister informed that responsibilities of the police have been multiplied owing to the creation of new seven districts in the city.
Talking about the appointments in the police, he assured that the process is being carried out with utter transparency.