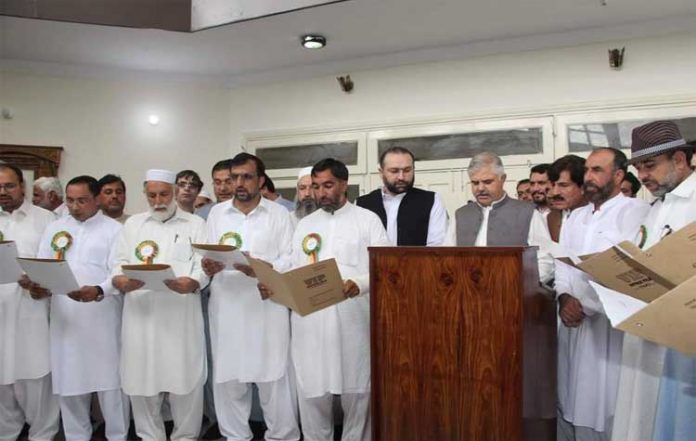 TIMERGARA: Khyber Pakhtunkhwa Chief Minister Mahmood Khan has said on Saturday that journalist community is playing a vital role for the stability of democracy.
Addressing the oath taking ceremony of the newly elected cabinet members of the Timergara Press Club on Saturday, he said the government will fulfill all the promises made for the welfare of journalists.
Mahmood Khan assured construction of media colony besides announcing five million rupees grant for Timergara Press Club.
Earlir, the Chief Minister also inaugurated the newly constructed Deputy Commissioner office in the area.