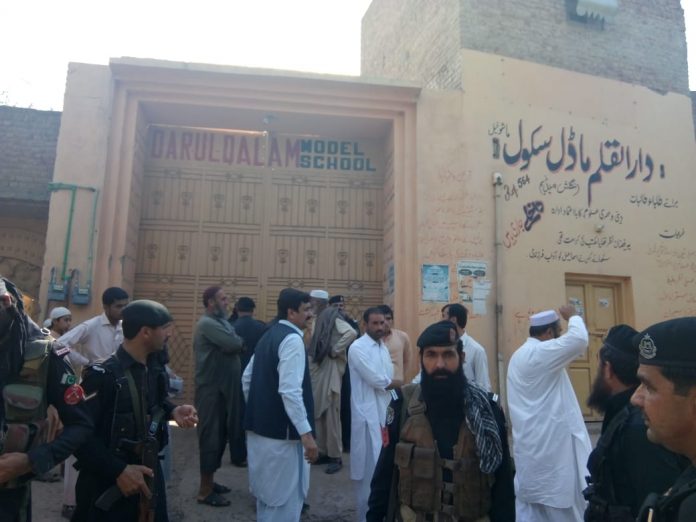 PESHAWAR: The Khyber-Pakhtunkhwa Private Schools Regulatory Authority has sealed seven private schools responsible for anti-polio propaganda in Peshawar last month.
Prime Minister Imran Khan’s Focal Person on Polio Eradication Programme Babar Bin Atta said in a tweet, the management of these schools was found guilty of spreading disinformation against the anti-polio vaccine.
It was reported that at least 700 schoolchildren allegedly fell sick after polio vaccination in Peshawar causing an attack on a hospital in city by angry mob.
An angry mob had resorted to rioting at Mashokhel Hospital in Badha Beer area of Peshawar after several children allegedly fell sick after being administered polio vaccine.
A heavy contingent of police had reached to the spot and controlled the unrest.
Later, a video doing rounds on the social media had exposed conspiracy to defame the anti-polio campaign in Peshawar.
The video showed a man using children to prove polio vaccine defected.
He administers children polio drops, following which the children are asked to pretend to be fainted. He can be heard asking the children to lie down on the stretcher, following which all the children, standing on their feet till moments ago, start falling on the hospital bed.