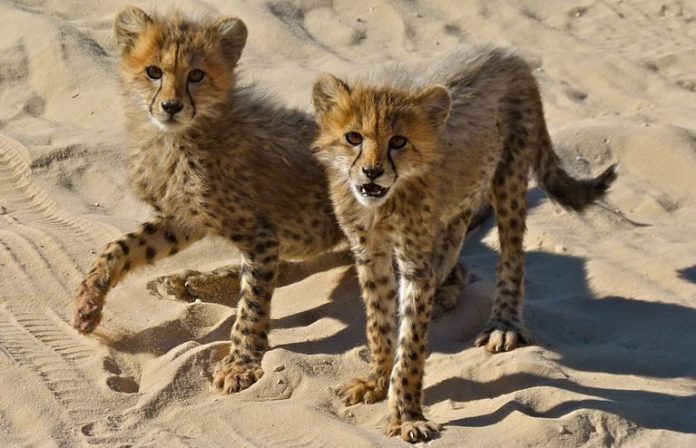 PESHAWAR: The Wildlife Department of Khyber Pakhtunkhwa on Thursday recovered two cheetah cubs from a house in Kalaya area of Orakzai tribal district of the province.
As per details, the cubs were recovered from a house located in Kalaya, an area of Orakzai district. The recovered cheetah cubs are only two months old and were kept for selling.
Meanwhile, legal action has been taken along with fine against two accused in the matter.
Earlier in June, the railway police officials had foiled a bid to smuggle expensive Chinkara deer hidden inside a wooden box from the parcel office at Karachi Cantt Station.
The railway police officials said that two expensive Chinkara deer had been recovered from parcel office at Karachi Cantt Station today. The deer were hidden inside a wooden box booked as cargo from the parcel office.