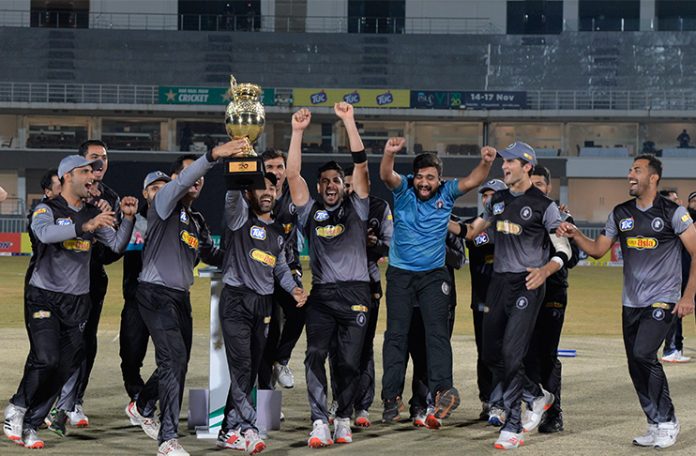 Khyber Pakhtunkhwa won the National T20 Cup Final 2020 after registering a 10-run win over Southern Punjab in the final in Rawalpindi on Sunday. Southern Punjab were restricted to 196-8 in chase of 207-run target, KhyberNews reported.

Hussain Talat top-scored with 63 off 33 balls with six boundaries and three sixes to his name. He also put on a 74-run partnership with Khushdil Shah. The pace duo of Shaheen Shah Afridi and Usman Shinwari took three wickers each.

Khyber Pakhtunkhwa, after being sent to bat first, managed 206-4 thanks to half-centuries by opening batsman Fakhar Zaman and veteran campaigner Shoaib Malik.

The left-hander top-scored with 67 off 40 deliveries with the help of seven boundaries and three sixes. The experienced all-rounder went unbeaten at 56 off 22 deliveries after hitting three fours and four maximums. He also put on a 51-run partnership with Mohammad Hafeez for the fourth wicket.

Aamer Yamin, Zahid Mehmood and Muhammad Imran picked up a wicket each for Southern Punjab.