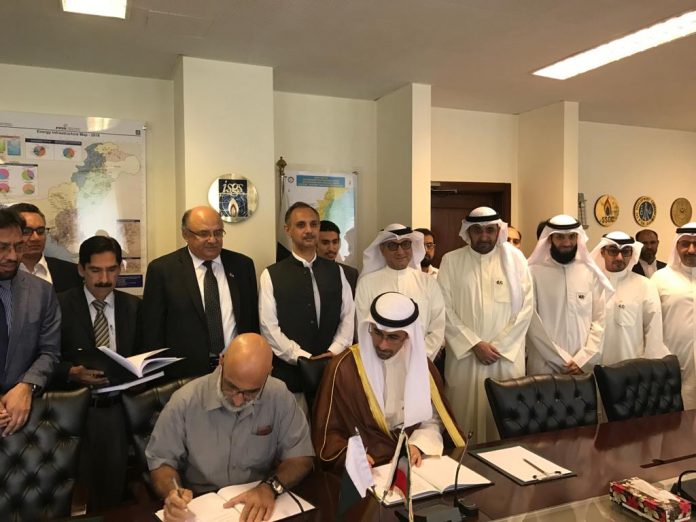 ISLAMABAD: Minister for Petroleum Omar Ayub Khan has said that efforts being made by the government will bear fruit for the country in the form of additional hydrocarbon reserves during next few years.
He was speaking at a ceremony of Petroleum Concession Agreement and Exploration License between Pakistan and a Kuwaiti company over Block No. 3371-19 (Makhad) in Islamabad on Wednesday.
The Minister expressed that execution of the Exploration License and PCA will not only attract foreign direct investment in the petroleum sector but will also contribute in bridging the energy demand and supply gap.
Makhad Block is located in districts, Attock, Mianwali and Chakwal of Punjab Province and Kohat of Khyber Pakhtunkhwa.
The total area of aforesaid block is 1,562.92 Sq. Km.
The company will invest minimum 9.8 Million dollars in Makhad Block besides spending a minimum of 30,000 dollars per year in Makhad block on social welfare schemes.