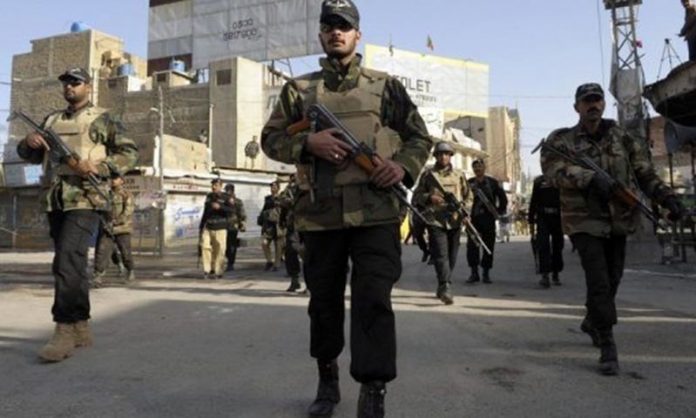 LAHORE: Law enforcement Agencies have identified suspects in the blast in the Anarkali market of Lahore using CCTV footage and had prepared their sketches.

According to sources, progress has been made in the Lahore blast after investigators prepared sketches of the suspects through geo-fencing and CCTV footage.

“The terrorist who planted a bag at the blast site was in contact with his handler,” they said adding the terrorists have been identified using CCTV footage. The footage of a terrorist and a handler has been sent to NADRA for their identification, they said.

It stated that the explosion was carried out through a remote device and 1.5 kilograms of explosive material was used by the terrorists. The exact location of the bomb explosion was Lohari Chowk and it caused damages to the building and eight motorcycles.

The report stated that two people were killed including Ramzan and Absar and 28 sustained injuries in the explosion that took place at 1:40 pm and rescue officials were informed at 1:44 pm.

The officials of Lahore police and local administration have immediately rushed to the incident site. It added that police, forensic agencies and officials of sensitive institutions are still present at the scene.

At least three persons including a child were killed and 29 others were injured in a bomb blast that took place on Thursday evening at 1:40 pm in the busy Anarkali area of Lahore.