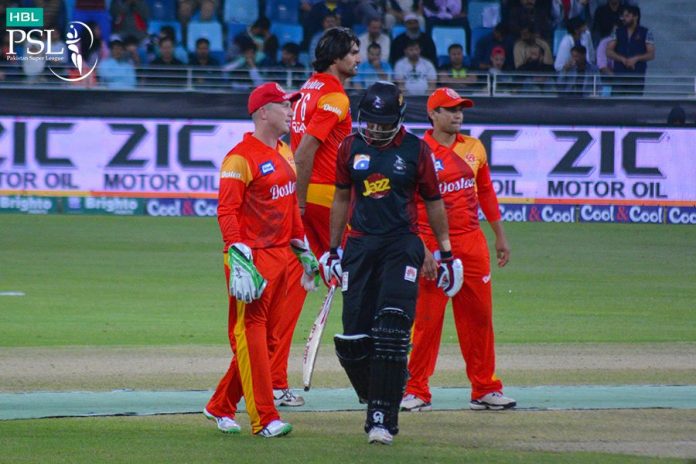 SHARJAH: Still searching for their first win of this season, Lahore Qalandars will look to break the curse when they take on Islamabad United at the Sharjah Cricket Stadium tonight.
With three defeats in their three matches so far, Lahore Qalandars’ performance has raised several question marks on their player selection, drafting and batting technique.
They have faced ugly batting collapses, indicating a clear lack of batsmen capable of anchoring and constructing the innings. Their bowling has largely been lacklustre, with raw talent like Shaheen Shah Afridi showing promise but lacking maturity at the big stage.
Islamabad United have had their own share of woes. Misbah finally recovered from a hamstring injury to lead his team against Quetta Gladiators, but Rumman Raees was forced off the field with a knee injury that could threaten his PSL campaign.
Islamabad United have managed to win only one of their three matches so far.