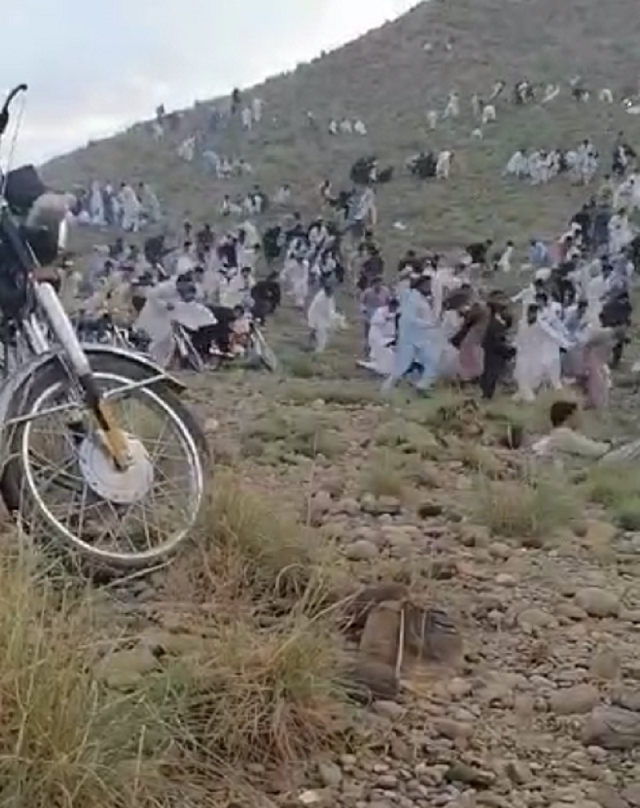 LAKKI MARWAT: Around 49 people have been booked for resorting to heavy aerial firing during Eid celebration in Behram Khel, an area of Lakki Marwat In a video, which went viral on social media, scores of people can be seen fleeing the area when accused resorted to celebratory firing on the first day (Wednesday) of Eidul Azha.

Taking notice of the incident, KP Chief Minister Mehmood Khan directed the police to take action against the culprits. Police told that in Behram Khel people gather around a mountainous area every year and they indulge in aerial firing as per the local tradition. The police added that around two dozen people were armed with automatic rifles.

“The aerial firing was being enjoyed by people initially but when dozens of rouge youngsters started firing, it forced hundreds of the visitors to flee in panic to save their lives,” he said, adding that police had obtained all the videos doing the rounds on social media and identified at least 49 accused who have been booked and some of them have been arrested too.