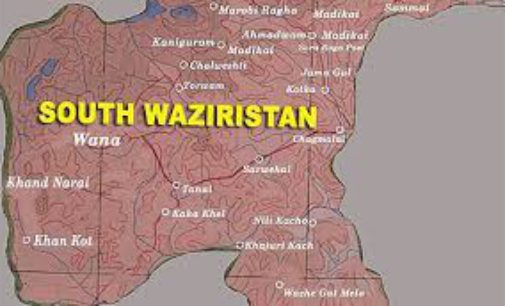 WANA: At least three people have lost their lives and 12 others including personnel of the political administration have sustained injuries in a feud over land dispute in South Waziristan Agency (SWA).
According to local sources, two opponent groups have been fighting over land dispute in Toi Khula area of SWA since Thursday (March 15, 2018), which has so far claimed the lives of three people including tribal elders.
The sources added that heavy and automatic weapons are being used by the groups.
They said that a vehicle of peace committee members and personnel of political administration was hit by a rocket fired by one of the opponent groups.
Triabl elder Malik Behram Khan Khojal Khel and two other people were killed on the spot while 12 others including Deputy Tehsildar were wounded.
Meawhile, the local administration and army deployed in the agency have so far failed to bring an end to the feud with residents of the area demanding of the government to play its role.