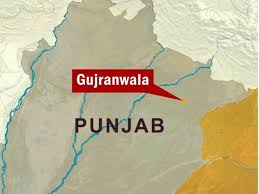 GUJRANWALA: Land dispute Saturday claimed three lives in Kamoke area of Gujranwala.
According to reports, a woman and her two daughters were killed after unidentified men entered their house and opened fire on them.
The police claimed to have arrested the adopted son of the deceased woman Razia. The police said that the suspect, Adeel, killed them over a land dispute.
Razia had adopted Adeel after the death of her husband, the police said, adding that Adeel was after the eight-acre land owned by Razia.