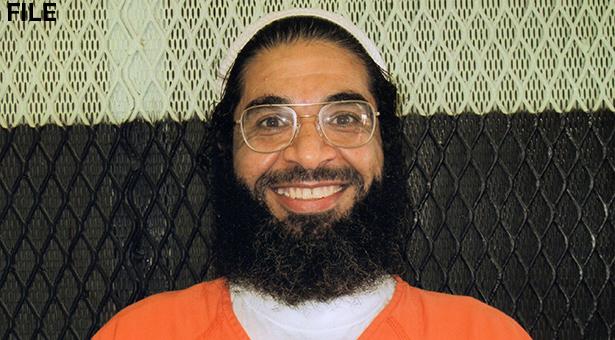 LONDON: The last British resident in Guantanamo Bay returned home Friday according to the British foreign minister, after spending 13 years at the military prison in Cuba, AFP reported.
"The Americans announced some weeks ago that they were going to release Shaker Aamer from Guantanamo and I can confirm that he is on his way back to the UK now and he will arrive in Britain later today," Philip Hammond said.
The United States accused 46-year-old Saudi national Aamer of acting as a recruiting sergeant, financier and fighter for Al-Qaeda, as well as being a close associate of Osama Bin Laden, but never charged him or put him on trial.
The father-of-four, who was twice cleared for release from the camp in 2007 and 2009, denied the allegations and said he was in Afghanistan working for a charity.
Andy Worthington, co-director of the We Stand With Shaker campaign, said Aamer´s lawyer had informed him of the release.
"We´re delighted to hear that his long and unacceptable ordeal has come to an end," he said.
"We hope he won´t be detained by the British authorities on his return and gets the psychological and medical care that he needs to be able to resume his life with his family in London."
Aamer was born in Saudi Arabia in December 1968, and lived in the US before settling in Britain, where he married and, in 1996, became a resident.
In 2001, he took his family to Afghanistan, although after the September 11 attacks he sent them to Pakistan. He claimed he was about to join them when he was detained. …Agencies