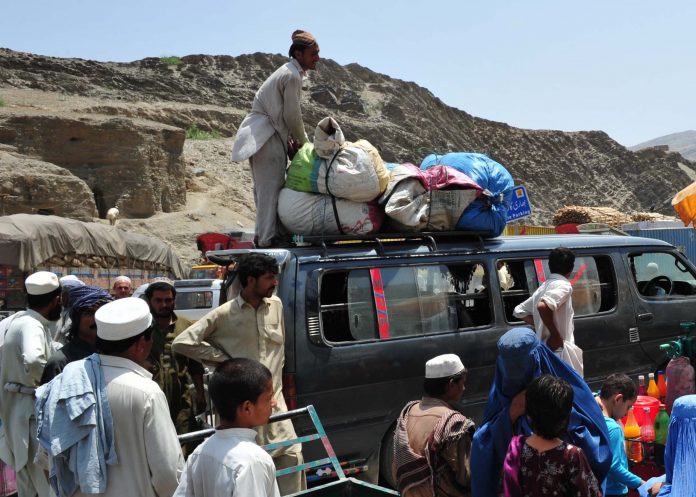 MIRAN SHAH: The last phase of Temporary Displaced Persons (TDPs) repatriation from Afghanistan to North Waziristan Agency (NWA) has commenced today.
According to Khyber News correspondent, the repatriation of the remaining NWA’s TDPs would be completed with the conclusion of this phase.
He said while quoting political administration of the agency that the TDPs would return to their native areas through Ghulam Khan route from Khost and other provinces of Afghanistan.
The administration said that fifty families would return on daily basis, which would initially be accommodated in Bakka Khel camp of Bannu.
The TDPs – accommodated in the camp – would go to their native areas after two weeks, the administration added.
According to a rough estimate, around six thousand families hailing from NWA are still residing in Afghanistan as TDPs.