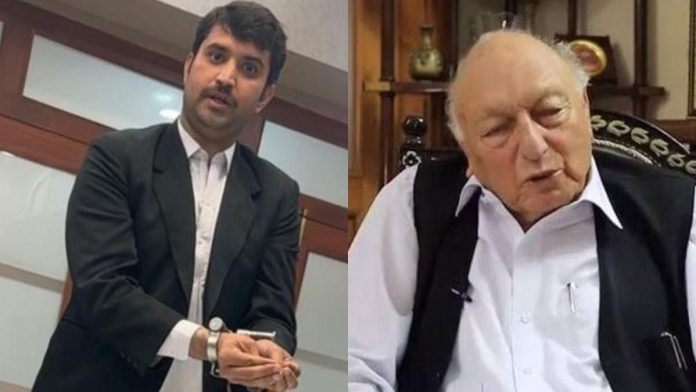 PESHAWAR: An anti-terrorism court (ATC) in Peshawar on Friday extended again the physical remand of the prime suspect in the case of senior lawyer Latif Afridi’s murder for one-day.

As per details, Adnan Sami Afridi, prime suspect in the Latif Afridi’s murder case presented before the anti-terrorism court judge Amir Nazir . Police informed the court that anti-terrorism laws clauses included in the FIR registered against the accused.

The ATC judge accepted the police request and handed over the accused to the police remand for one more day.  The court, earlier on Thursday, had approved one-day extension in the Adnan Sami Afridi remand. Earlier, the court had granted two-day physical remand of the accused.

Latif, the former Supreme Court Bar Association (SCBA) president, was killed after being shot six times at the bar room inside the the Peshawar High Court (PHC) on Monday, in what police said was a family feud shooting.