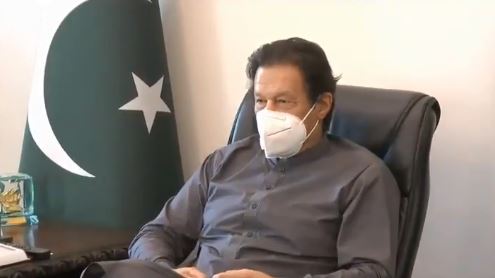 ISLAMABAD: A delegation of Members of National Assembly (MNAs) from tribal districts called on Prime Minister Inman Khan on Wednesday.
Federal Minister for Religious Affairs and Interfaith Harmony, Noorul Haq Qadri, was heading the delegation comprising members including Gul Daad Khan, Gul Zafar Khan, Sajid Khan and Muhammad Iqbal Khan.
PM Imran Khan and NA lawmakers held discussions over the public welfare and development projects in the merged tribal districts in Khyber Pakhtunkhwa (KP).
They also exchanged views on the government’s steps to restrict coronavirus and the progress of socio-economic development in the areas.
PM Khan said that the government is fulfilling its responsibility to timely dispatch funds to the merged tribal districts and committed to complete the development projects at earliest.
The lawmakers thanked the premier for his efforts to uplift the merged tribal districts.