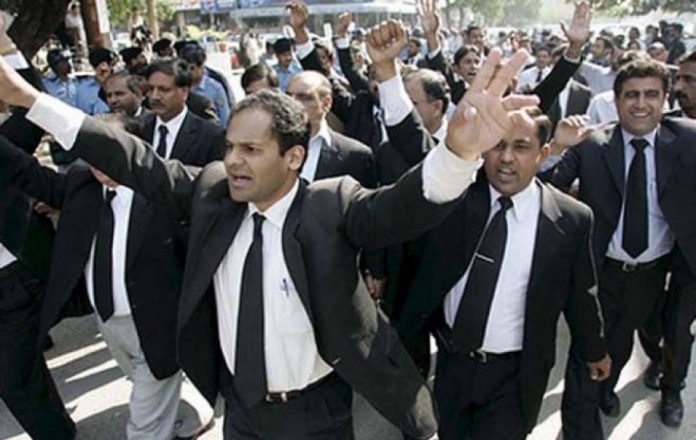 ISLAMABAD: Pakistani lawyers have called off their protest after successful negotiations with Chief Justice Asif Saeed Khosa on Monday.
A delegation of the All Pakistan Lawyers Representatives Committee, headed by Syed Amjad Shah, met with the chief justice on April 22. “Issues concerning applications under Section 22-A and 22-B of the Code of Criminal Procedure and the establishment of model courts were discussed” in the meeting, according to a press release.
“The chief justice assured that the bench and bar will work in harmony in dispensing justice,” it said.
The lawyers were protesting against what they claimed was the top judge’s decision to increase the powers of the police to register an FIR. They said they were reacting to a “change” made on March 11 by the National Judicial (Policy Making) Committee that they interpret as restricting the powers of judicial officers who could previously order the police to register FIRs.
Court officers were empowered to register police cases under sections 22(A) and (B) of the Code of Criminal Procedure. They would do this if someone came to them with the complaint that the police were not registering an FIR. And so, the law had allowed district and sessions judges to act as “Justices of the Peace” and order the registration of an FIR if the police refused to file one.
According to Karachi Bar Association, the chief justice has “accepted all legal demands, including restoration of 22-A & 22-B in a meeting at the Supreme Court, Islamabad.”