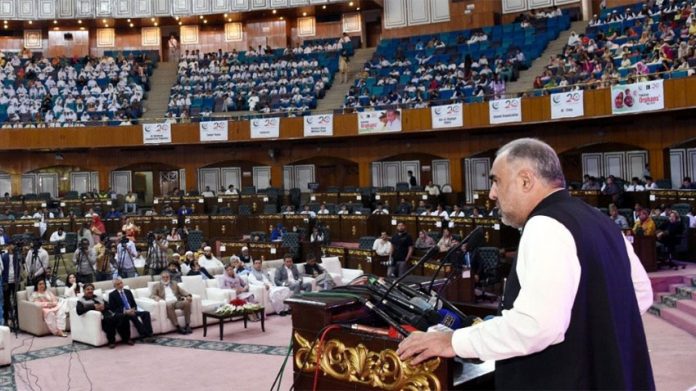 ISLAMABAD: Speaker National Assembly Asad Qaiser says legislation is on the cards for protection of children particularly the street children.
Addressing a ceremony of Orphan children in Islamabad on Monday, he said the children are future builders and the State is responsible to look after them to secure their future.
The Speaker National Assembly said that special children will be provided with special incentives in new Pakistan.
He said our young generation has a pivotal role to play in development of the country.
Asad Qaiser said the day is not far when Pakistan will be included in the rank of developed countries of the world.
He said the non-governmental institutions should also come forward and contribute to the country’s progress.