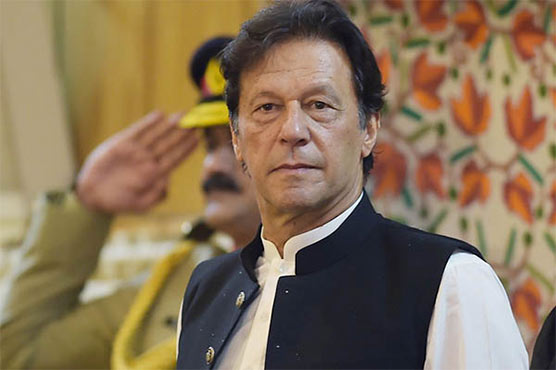 MIANWALI: Prime Minister Imran Khan has said the local government system envisaged by present government for Punjab and Khyber Pakhtunkhwa will empower the people at the grassroots level.
He was addressing a public gathering in Mianwali on Friday after performing groundbreaking of a number of welfare projects, in health, education, water and communications sectors.
Imran Khan said the local government elections will be held in the next few months.
The Prime Minister said under this system, the finance commissions will be established in the provinces which will distribute the finances to the district and village level.
Imran Khan said non-party local bodies’ elections will be held in the villages which will empower the locals to monitor the health and education facilities. Direct elections will be held in the cities where Nazims will be elected and made responsible for addressing the problems of the people.
Alluding to the economic challenges inherited by present government, Prime Minister Imran Khan said the economic indicators have now been put on the positive trajectory as a result of the policies of his economic team. He said rupee has stabilized and the current account deficit has been reduced for the first time in four years. He said the country has been put on the right direction.
The Prime Minister said those who were standing on the containers are actually scared of the success of the government on the economic front. He said they are also scared that we will recover the plundered amount from them.
Imran Khan said he has not come to power to protect his seat but to protect the country against the corrupt mafia. This mafia, he said, is a threat to the country.
He stated in categorical terms that he will not give any deal or relaxation to this mafia as it will amount to treason.
The Prime Minister expressed the commitment to implement health, education and water related projects in Mianwali. He said the projects launched today including the mother and child hospital are just a beginning. He said apart from this Mother and Child Hospital, another state of the art hospital will be established in Mianwali.
In his remarks on the occasion, Punjab Chief Minister Usman Buzdar said development of the backward areas is the top priority of the present government. He said Mother and Child hospitals will also be established in other districts of the province.