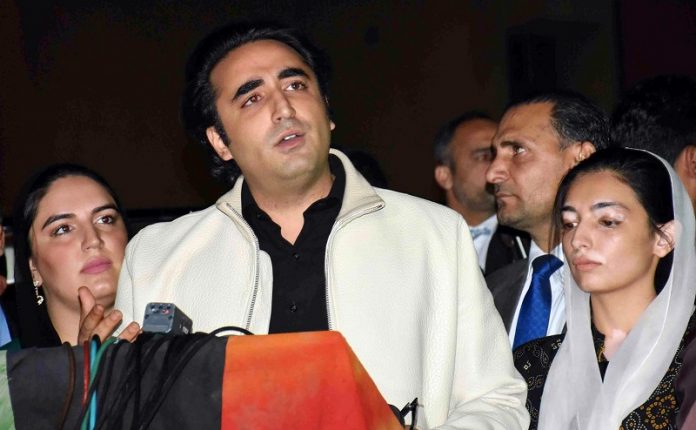 RAWALPINDI: The Lahore High Court (LHC) Rawalpindi Bench on Thursday allowed the Pakistan Peoples Party (PPP) to hold a rally at Liaquat Bagh to mark the death anniversary of former prime minister Benazir Bhutto.
The opposition party had previously announced a public meeting at Liaquat Bagh — the place where Benazir Bhutto was assassinated on Dec 27, 2007 — but the Rawalpindi district administration had refused to give permission, citing security concerns. The party had consequently filed a petition with the LHC challenging the decision.
The Rawalpindi deputy commissioner also appeared before the court on Thursday to submit his comments on the petition filed by the PPP.
During the proceedings, the court remarked that providing security to PPP Chairman Bilawal Bhutto-Zardari was the responsibility of all law enforcement agencies while ensuring security for the planned public gathering was the responsibility of the police.
Party leaders including Qamar Zaman Kaira also appeared before the court on Thursday.
Yesterday, the PPP had insisted it would hold the rally at Liaquat Bagh on Friday to observe Benazir’s death anniversary, whether the party got the permission or not.
“Jialays [PPP workers] from all over the country are on their way to Liaquat Bagh, but opponents and remnants of [former military dictator] Ziaul Haq faced problems over this,” said PPP-Parliamen­tarian Information Secretary Nafisa Shah during a visit to the venue to oversee preparations for the Friday event.
She blamed the government for trying to stop the PPP from holding the public meeting and warned that party workers and supporters would react over this. “If the workers rise against the conspiracy to stop them from observing the death anniversary of Benazir Bhutto, the remnants of Zia will find no place to hide,” she said.