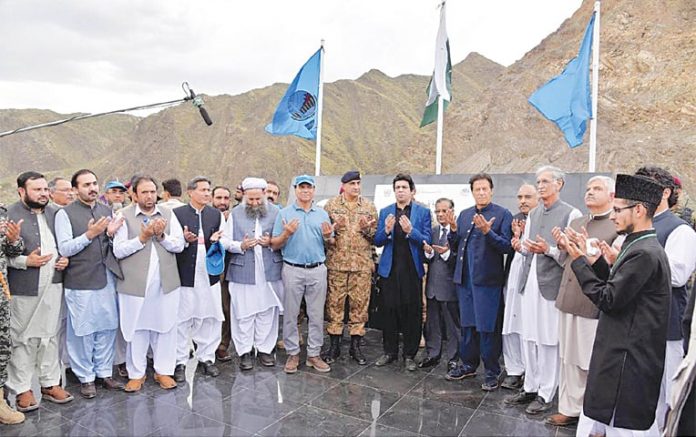 LAHORE: Lahore High Court on Thursday while dismissing a petition on consultancy contract of Mohmand Dam project, directed Chairman NAB to decide the matter on legal merit.
A division bench of LHC headed by Justice Ali Baqar Najafi heard the case.
Petitioner pleaded to the court that Water and Power Development Authority (Wapda) had earlier granted the consultancy contract of the dam project to Nespak worth 5.5 billion rupees.
But the contract was cancelled and awarded new contract worth 9.98 billion rupees to a consortium led by Nespak. The out of the way award of the contract could inflict a loss of 3.5 billion rupees to the national exchequer, the petitioner said.
The petitioner claimed that retired engineers from Wapda are working in Nespak thus they have been given favor in awarding contract.
The petitioner seek the court to order the National Accountability Bureau for launching an inquiry about irregularities in awarding the consultancy contract.
Water and Power Development Authority (Wapda) had last month signed a contract agreement worth 9.98 billion rupees for consultancy services for construction design, supervision and management of Mohmand Dam Hydropower Project with joint venture consulting firms-led by Nespak in Lahore.
Mohmand Dam Hydropower Project, being constructed on River Swat in Tribal district of Mohmand in Khyber Pakhtunkhwa with gross water storage capacity of 1.2 million acre feet and power generation capacity of 800 megawatt.