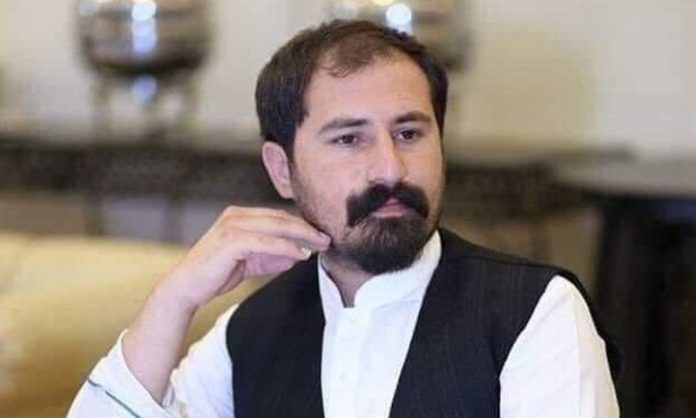 LAHORE: The Lahore High Court (LHC) on Thursday dismissed a petition filed by Alamgir Wazir — nephew of Pashtun Tahaffuz Movement (PTM) leader and MNA Ali Wazir — seeking bail in a sedition case against him.
Wazir was arrested in Lahore for participating in and allegedly addressing a Student Solidarity March organised last year.
Civil Lines police had lodged a case against Wazir and other prominent participants of the students march under Sections 124-A (sedition), 290 (public nuisance) and 291 (continuance of nuisance after injunction to discontinue) of the Pakistan Penal Code in addition to offences under Punjab Sound System (Regulations) Act 2015 and Punjab Maintenance of Public Order Ordinance 1960.

Also read: Interior minister warns PTM leadership of action if violate country’s law
During the proceedings today, the prosecutor said audio and visual evidence looked at by investigators had positively identified the accused.
“Using objectionable language against state institutions is equivalent to disrespecting the country,” the prosecutor added.

Also read: PTM leaders Mohsin Dawar, Asmat Shahjehan among others arrested
Wazir’s lawyer, Asad Jamal, on the other hand argued his client’s innocence saying there was no concrete evidence under which his client should be continuously detained.
The court however dismissed Wazir’s petition after hearing the arguments.
Taking to Twitter after the verdict, Jamal said: “It is deplorable that a colonial law which was meant to curb dissent and freedom of speech and to put freedom fighters behind bars remains on the statute books and our state continues to apply it in a regressive and anti-democratic manner and contrary to the progressive view of the freedom of speech.”
He added that Wazir’s continued incarceration is “against the law and how it has been interpreted in various judgments of superior courts”.
“We’ll soon approach the Supreme Court of Pakistan for [his release]. We hope justice will be done even though it has already been delayed beyond all limits,” he maintained.