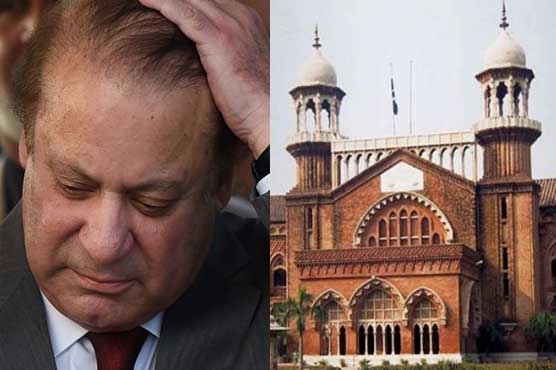 LAHORE: A petition seeking contempt proceedings against deposed Prime Minister Nawaz Sharif over his criticism of the judiciary was filed in the Lahore High Court on Wednesday.
Advocate Azhar Siddique petitioned the high court, contending that the former prime minister has been spearheading a campaign to bring the judiciary into disrepute since his disqualification by the Supreme Court in the Panama Papers case.
The LHC had earlier barred Pemra (Pakistan Electronic Media Regulatory Authority) from telecasting Sharif’s anti-judiciary speeches, despite the fact that most news channels aired his speech yesterday, the petitioner said and added the former premier is consistently committing contempt of court by indulging in criticism of the judiciary.
He complained that after his appearance before the NAB court, Sharif used uncalled for language against the Supreme Court, which is tantamount to an attack on it.
Addressing a press conference yesterday, Nawaz Sharif bewailed he served two sentences at the hand of dictators but “I didn’t bow down.” Today I’ve again been deprived of my right to challenge the [court] verdict.
He said he would continue contesting his case and fight for his rights…”and it will be people’s victory in the end.”
I faced the ‘Panama Drama’ and my children appeared before Joint Investigation Team “constituted through a WhatsApp message” many a times, and today I turned up before the accountability court as I am ‘squeaky clean’, he underlined.
I beg, let the country run according to the Constitution, he said.
“It’s high time to find solution to menaces eroding the country from within for 70 years. I fear this crisis could cost Pakistan dearly.”