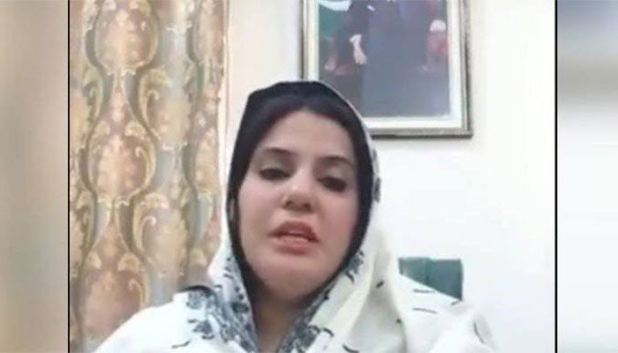 LAHORE: Former superintendent of Kashana Lahore Afshan Latif on Tuesday petitioned the Lahore High Court (LHC) regarding her allegation that the facility is being used to supply underage girls to powerful ministers of the Punjab government.
Last week, Latif in a series of videos posted on social media, had made the startling claim and accused the Punjab government of persecuting her for bringing the matter to light.
She had alleged that even after her appointment, the illegal practices continued at the center. Latif had filed a complaint to her department against the Director-General of Kashana, Afshan Kiran Imtiaz. The complaint stated that Imtiaz was pressuring Latif to marry underage girls to high-ranking officials.
In her petition filed in the LHC today, Latif requested that a judicial commission be formed to investigate the matter. Subsequently, the court summoned DC and the director of Darul Amaan.
Latif said that she had knocked on every door for justice, but when no one heard her, she turned to social media.
She said that this was not about her but about the future of the girls at Darul Amaan.
Afshan Latif’s allegations are baseless: Ajmal Cheema
Former provincial minister of social welfare Ajmal Cheema dismissed Latif’s allegation and termed it “baseless”.
While demanding a thorough investigation into the allegations, Cheema also said they would approach the court.
Earlier, Punjab Chief Minister Usman Buzdar had taken notice of the allegation and ordered an investigation into the matter.
“The allegation will be thoroughly investigated and facts will be brought to light,” the chief minister said. “We will provide complete protection to the girls residing at Kashana and not tolerate any abuse.”