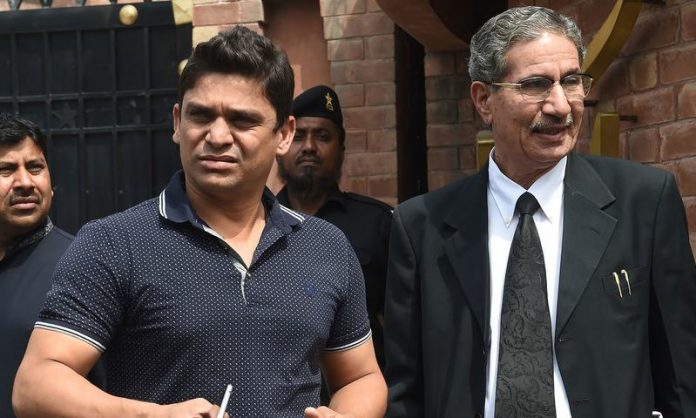 LAHORE: The Lahore High Court (LHC) on Monday rejected cricketer Khalid Latif’s intra-court appeal, challenging the dismissal of his writ petition by a single bench and the proceedings of the Pakistan Cricket Board (PCB) anti-corruption tribunal on spot-fixing charges against him.
Latif had appealed to the LHC on May 3, challenging the dismissal of his previous petition.
Latif had filed the petition through Advocate Zubair Khalid, claiming that the PCB’s anti-corruption tribunal had no jurisdiction to investigate the spot-fixing charges.
He had said that the tribunal constituted under the PCB anti-corruption code was illegal as the code had not been gazetted in the Pakistan gazette. Criticising powers of the PCB chairman to constitute the tribunal, he said that a LHC single bench dismissed his petition on the matter, ignoring facts of the case.
The petitioner had asked the court to set aside decision of the single bench and the proceedings against him pending before the PCB anti-corruption tribunal.
Khalid and four other players had been charged for breaching the PCB’s anti-corruption code during this year’s Pakistan Super League.