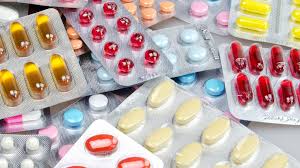 LAHORE: The Lahore High Court (LHC) on Friday issued notices to the federal and the provincial governments and Drug Regulatory Authority of Pakistan (DRAP) on a petition challenging the recent hike in prices of medicines.
A high court bench conducted preliminary hearing of the petition filed by Nadeem Sarwar and directed the respondents to submit their replies on the next hearing.
The petitioner dubbing the hike in prices of medicines as illegal said that no new formula had been determined for fixation of drugs prices. “And without a price formula the prices could not be fixed.”
The petitioner pleaded to the court to declare the DRAP notification as null and void and also order for determination of a formula to fix prices.
The authority last Friday had announced to hike prices of medicines by up to 15 percent. A spokesperson for DRAP termed the hike to be in larger interest of the country and patients.
He said the increase in medicine prices was inevitable owing to various reasons. “The dollar increased by 30 per cent over the last year, which led to an increase in prices of raw material and packaging.”
Besides, the increase in utility tariffs, employees’ salaries and additional duty put extra burden on the pharmaceutical industry, the spokesperson said. The prices had to be revised to keep up with the cost incurred on the manufacturing of medicines, he added.