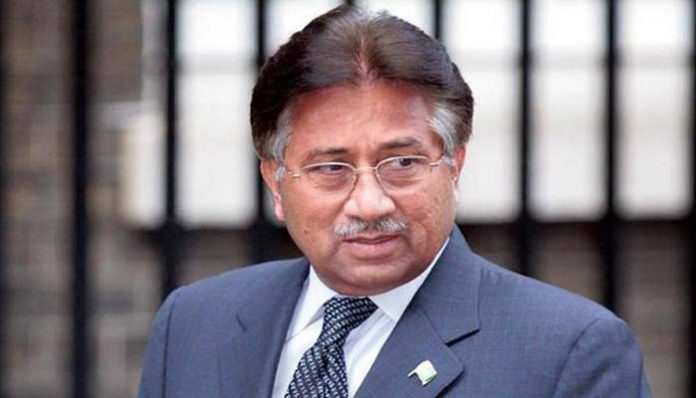 LAHORE: The Lahore High Court on Tuesday constituted a full bench to hear former president General (r) Pervez Musharraf’s petitions against the formation of a special court that sentenced him to death in a high treason case last week.
The LHC full bench comprises justices Sayyed Mazahar Ali Akbar Naqvi, Muhammad Ameer Bhatti, and Chaudhry Muhammad Masood Jahangir. The high court will hear Musharraf’s petitions from January 9, 2020.
Musharraf had earlier moved the LHC against the constitution of the special court.
On December 17, a special court formed to hear a high treason case against Musharraf had found him guilty according to Article 6 of the Constitution for imposing a state of emergency on November 3, 2007 and sentenced him to death.
It was a majority verdict, with two of the three judges giving the decision against Musharraf. SHC’s Justice Akbar had dissented from the verdict. The special court had reserved its verdict in the long-running treason trial last month.
Musharraf, 76, is currently in Dubai where he is seeking treatment of multiple diseases.