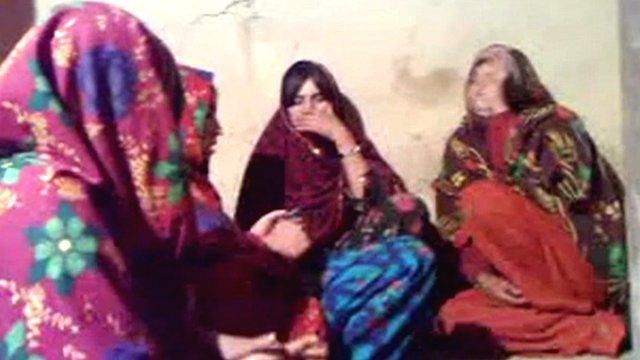 BESHAM: A local court has sentenced three people to life imprisonment in the Kohistan ‘ honour’ killing scandal.
A district and session court in Besham, Khyber Pakhtunkhwa, passed the order on Thursday afternoon, sentencing three people in connection to the 2012 murders, and acquitting five.
In 2012, a wedding video emerged from a rural village in Kohistan, Kyber Pakhtunkhwa, showing men and women dancing and singing. After the video was leaked, a local jirga decreed the participants of violating tribal customs and sentenced them to death. Five women were killed by the male members of their tribe. A year later, the three brothers, seen in the video, were also shot dead.
Afzal Kohistani, the surviving brother, raised the issue and brought the so-called honour killings to the media’s attention. For years thereafter, he campaigned for justice, until the Supreme Court took a suo moto notice of the killings in 2016. Eight men were arrested in connection to the crime.
In May, Kohistani, the whistleblower, was also gunned down. He had repeatedly raised concerns about his life being in danger.
After Thursday’s verdict, Kohistani’s brother, Bin Yasir, told Geo.tv that he is satisfied with the court’s order. “It took so long, but finally we have some kind of justice,” he said.
Yasir has been single-handily pursuing the case since Kohistani was murdered. Since 2012, his family has been either killed or displaced.
“At least 40 people were involved in the killing of my brothers and the women,” he adds, “I am upset that five people have been acquitted. More people should have been convicted, including the jirga elder who passed the order to kill the women.”