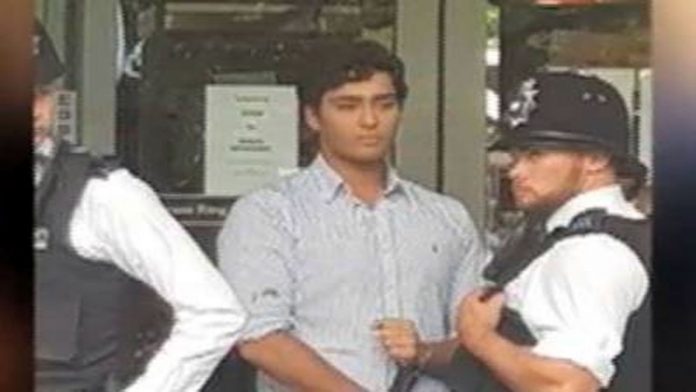 LONDON: London police on Thursday arrested Maryam Nawaz’s son Junaid Safdar for engaging in a brawl with the opponents of Pakistan Muslim League-Nawaz (PML-N) outside Avenfield flats in London.
According to media reports, grandson of former prime minister and Pakistan PML-N supremo Nawaz Sharif and Maryam Nawaz’s son has been taken into custody for thrashing a demonstration, protesting against Sharif family.
The clash erupted when Junaid Safdar punched a protester as the demonstrators were protesting against the Sharif family and Maryam Nawaz’s son Junaid Safdar punched a protester.
The police handcuffed Junaid and took him to the Charing Cross police station.
The protester was injured and shifted to hospital.
Hussain Nawaz’s son Zikriya Hussain was also arrested.