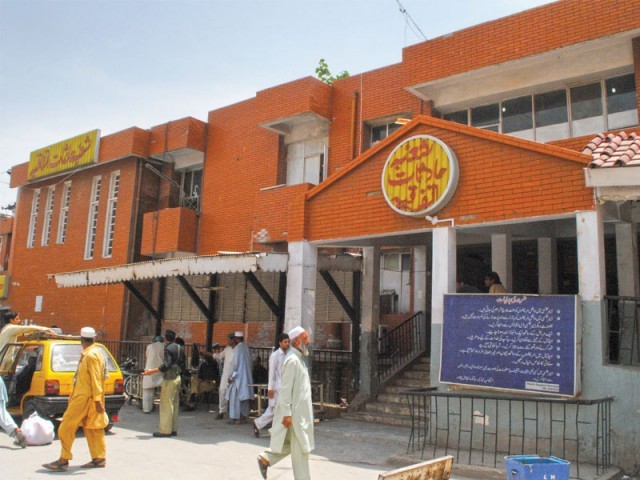 PESHAWAR: Doctors on Monday announced a two-day end to their strike at the Lady Reading Hospital. Doctors have been protesting in government hospitals across Khyber Pakhtunkhwa after associate professor Dr Ziauddin blamed provincial health minister Hisham Inamullah Khan for being attacked.
Outpatient departments (OPDs) have been shut as a result of the strike creating immense difficulties for patients. Dr Sirajul Islam the convener for the Khyber Pakhtunkhwa Doctors Council announced that the OPD at Lady Reading Hospital would remain open on Monday and Tuesday. However, OPDs at Khyber Teaching Hospital, Hayatabad Medical Complex and other hospitals would remain closed as part of the strike.
Dr Islam added that the next course of action would be announced after the council met with Khyber Pakhtunkhwa Chief Minister Mehmood Khan on May 21. “If there is any action taken against doctors, talks would be boycotted. Talks will also not be held in the presence of the provincial health minister,” said Dr Islam.
On May 18, the provincial government reached out to the protesting doctors to hold talks. The Khyber Pakhtunkhwa Doctors Council has rejected a committee formed to probe the attack on Dr Ziauddin and demanded the formation of a judicial commission. They have also demanded that a case be lodged against the Khyber Pakhtunkhwa Health Minister Dr Hisham Inamullah Khan, his adviser and Dr Nausherwan Burki.